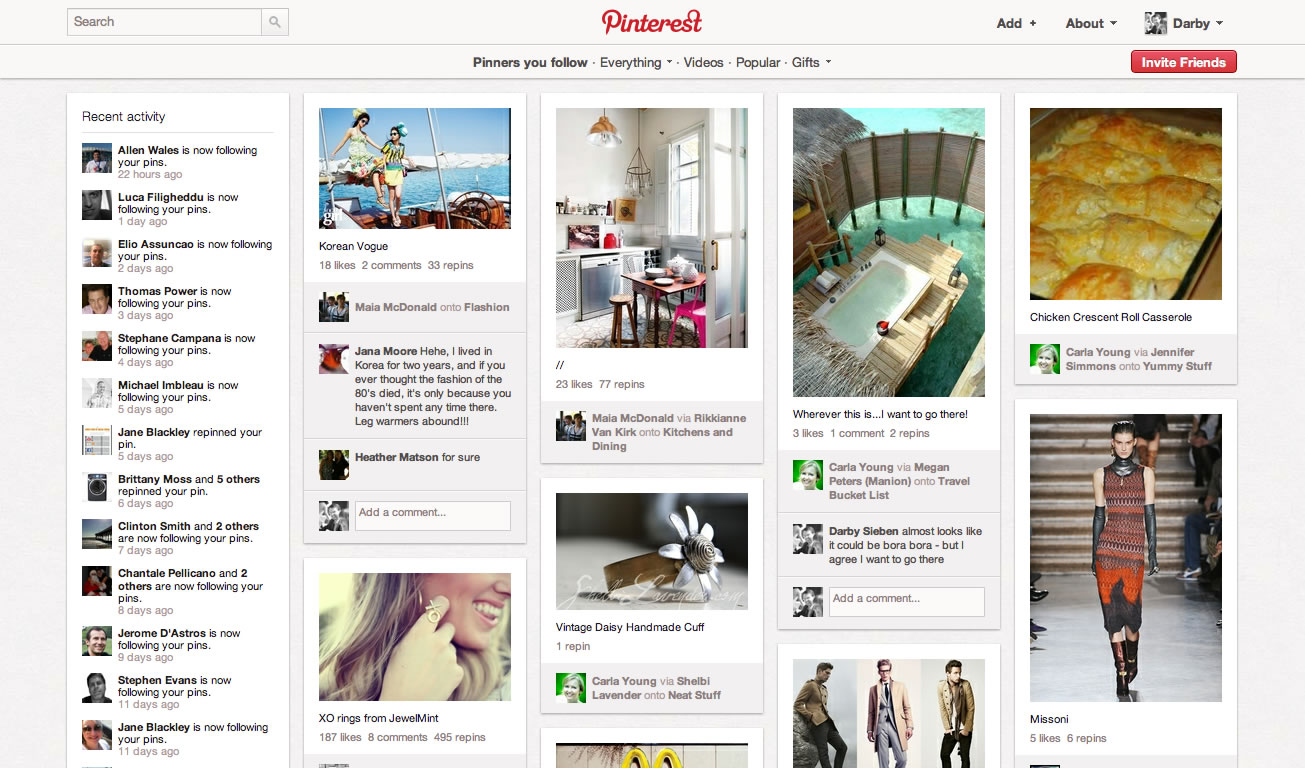 This evening I was watching Calgary’s Global Newscast and they featured a story on Pinterest.com. Nothing says a popular social media website like being featured on a local news cast.

What is Pinterest? In a nutshell, it’s a digital pinboard for things that you love by “pinning” an image from a web page onto your own Pinterest board (check out my pinterest board). If you want a detailed overview check out the Mashable article; Meet Pinterest: A Private Social Pinboard That Collects Your Online Memories.

Pinterest is getting a lot of coverage because of its explosive growth and the fact that the site is attracting females between the 24 and 54 which is the key demographic that influences purchase decisions. According to Google Ad Planner (United States), 82% of Pinterest users are women with the majority of them (79%) that fall within this age demographic.

Does this hold in Canada?

In terms of overall traffic and growth, since May 2011, Pinterest has grown an outstanding 734%. Check out the graph below. It definitely seems that the Canadian usage is mirroring that of the US both in terms of growth as well as demographic profile.